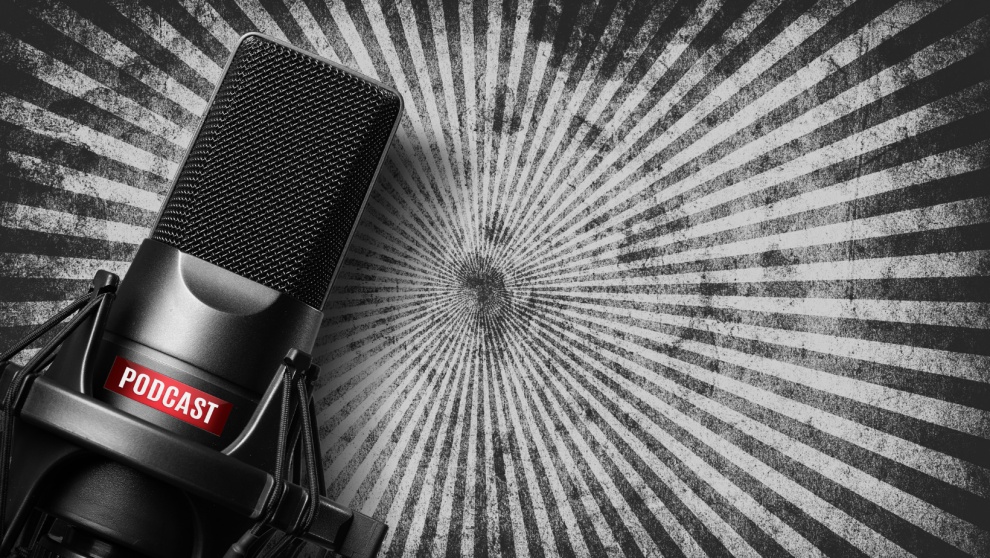 When the historians of the future look back at the golden age of podcasting, there's no doubt that true crime podcasts will be a major topic. They are arguably the most popular podcast type, which means there are lots of choices for your crime-themed entertainment. If you're looking for a chilling true-crime podcast, we've got just the list to choose from.

Serial is an investigative journalism podcast from the creators of This American Life, hosted by Sarah Koenig. Serial tells one true story over the course of a season. The podcast has won major awards for broadcasting–including the first-ever Peabody to be awarded to a podcast. Both Serial and This American Life are produced in collaboration with WBEZ Chicago.

My Favorite Murder is a true-crime comedy podcast that releases bi-weekly. It's hosted by comedians Karen Kilgariff and Georgia Hardstark. Their first episode was released in January of 2016. The podcast debuted at #25 on the iTunes podcast charts, peaking at #3 on April 27, 2018.

Up and Vanished is a documentary-style investigative podcast that's hosted by Payne Lindsey. It investigates missing persons cold cases by interviewing witnesses and townspeople, reviewing old leads, and on-site investigation. The podcast is produced by Tenderfoot TV.

Casefile is an Australian crime podcast hosted by an Australian man who remains anonymous–how mysterious! The show delves deep into the investigations, circumstances, and trials of both unsolved and solved cases all over the globe. According to both Rolling Stone and Time magazine, it's a must-listen–we'd have to agree.

Crime Junkie is dedicated to giving you your true crime fix weekly. Every Monday, Ashley Flowers will give you all the details about whatever crime she’s obsessing over that week in a way that makes you feel like you're chatting about true crime with your best friends. She tells the stories in a straightforward manner–free of rabbit holes to keep the cases suspenseful and easy to follow.

Criminal is independently produced and like all the others on this list, focuses on true crime. It's typically recorded in the studios of WUNC in Chapel Hill, NC, but sometimes they even take the show on the road to tell stories live. The show tells the "stories of people who've done wrong, been wronged, or gotten caught somewhere in the middle."

Someone Knows Something is a true-crime podcast by award-winning Canadian filmmaker and writer David Ridgen. It was first released in March of 2016. The series focuses on a different specific case each season. The first season focuses on the disappearance of Adrien McNaughton in August of 1972. Adrien vanished when he was five years old while on a family fishing trip in Eastern Ontario. What sets this podcast apart is that each season is a piece of investigative journalism.

3. Last Podcast on the Left

Last Podcast on the Left releases episodes weekly and features longtime friends, podcast producer, and researcher Marcus Parks, comedian and podcast host Ben Kissel, and comedian and actor Henry Zebrowski. The series barrels headfirst into all things horror. They cover dark subjects spanning Jeffrey Dahmer, Jonestown, the history of war crimes, werewolves, iconic hauntings, and much more. No matter the subject, Last Podcast on the Left laughs into the abyss of the dark side of humanity.

Crimetown is a serial documentary podcast that's hosted by Marc Smerling and Zac Stuart-Pontier. The show is produced by Gimlet Media and its focus is on how organized crime has shaped particular American cities. Each season investigates the culture of crime in a different city. The first season was released in 2016 and focused on Providence, Rhode Island.

To Live and Die in L.A. is a true crime and investigative podcast hosted by American journalist Neil Strauss. In Feb 2018, an aspiring actress disappeared from her Hollywood apartment. Rolling Stone journalist Neil Strauss was asked to assist the family in getting answers. Together, they were able to find them–sometimes at great personal risk.

Now, the award-winning podcast returns, uncovering the tragic and baffling case that started Strauss down the rabbit hole of true crime investigation.

Experience the Murder Mystery Dinner Train and solve a live mystery. Enjoy a delectable five-course meal and test your crime-solving skills during the forty-mile round trip from Colonial Station in Fort Myers, Florida.

Give us a call today to book your seat! All aboard–the mystery awaits.