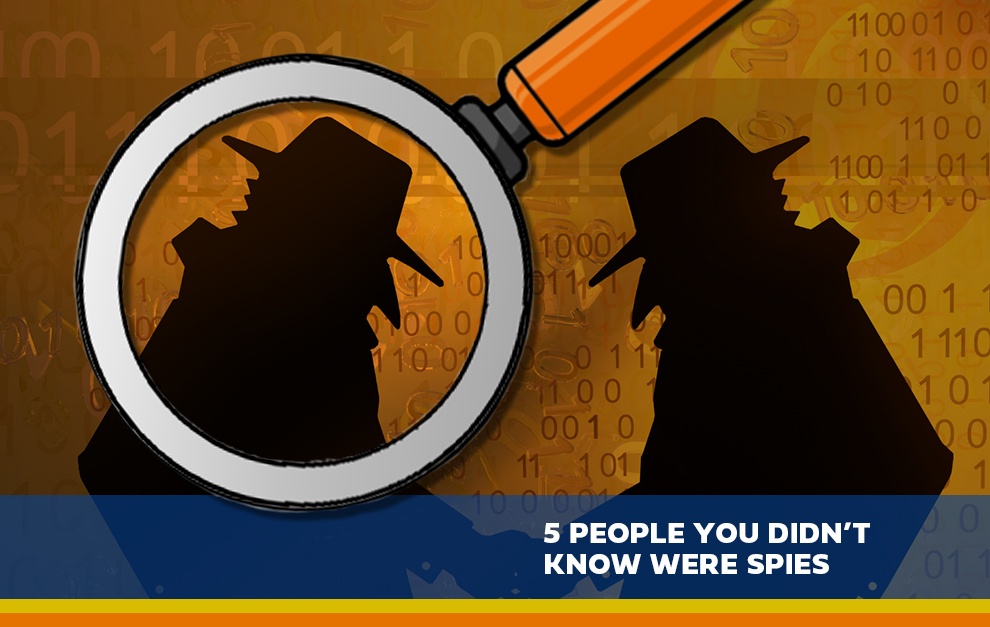 Josephine Baker, born Freda Josephine McDonald in 1906 in St. Louis, grew up poor and was married for the first time in her early teens. As a dancer, she went on tour throughout the United States with vaudeville troupes and performed on Broadway. In 1925, she moved to Paris where she skyrocketed to fame in the music halls. She also sang and acted in movies. She became a major celebrity in Europe with many nicknames–including Black Venus–and was a symbol of the 1920s Jazz Age.

She was also a secret agent for the French Resistance. In 1941, she was sent to America to spy on Nazi sympathizers. She was able to gather important information about the Nazis and pass it along to the French government.

Graham Green, put simply, is one of the major and most successful literary figures of the 20th century. For two consecutive years, he was nominated for the Nobel Prize in Literature. He's a rare figure in that his work has been acclaimed by both top literary scholars and the general public. He wrote serious novels as well as thrillers.

While Graham Greene was a novelist and journalist, he also worked as a spy for MI6, the British intelligence agency. He was involved in many top-secret operations, including the planting of a spy inside the Vichy French government.

Julia Child was an American chef who became famous for her cooking show, “The French Chef.” During World War II, she worked for the Office of Strategic Services (OSS), the precursor to the CIA. She helped to develop recipes for military rations and also gathered information about the food supply in France.

Berg was born in New York City to Ukrainian immigrants and was raised in Newark, New Jersey. He attended Princeton where he played shortstop–graduating in 1923 with a degree in modern languages. He first signed with the Brooklyn Robins (later named the Brooklyn Dodgers) and eventually played for the Chicago White Sox, Cleveland Guardians (Indians at the time), Washington Senators, and the Boston Red Sox. He was once dubbed "the brainiest man in baseball" and ended his playing career in 1939 with a lifetime batting average of .243.

This professional baseball player also worked as a secret agent–for the United States government. He was trained in espionage and was sent to Europe to gather information about the Nazi nuclear program.

Roald Dahl was a British author best known for his children’s books, such as “Charlie and the Chocolate Factory.” During World War II, he worked for the British intelligence agency, MI6. He was posted in Washington, D.C., where he gathered information about the American government’s plans for the war.

Now that you know more about WWII spies–you're ready to witness a WWII spy thriller unfold before you! In the Murder Mystery Dinner Train's original show, Kilroy Never Showed, the Allies are on the verge of launching a daring airborne assault into Holland to secure the bridges across the Rhine. In desperate need of actionable intelligence, the spy agencies on both sides are relentless in their pursuit of information . . .and their pursuit of each other. Leading the way for the Allies is the famed agent, known only as Kilroy. Book your seats today!