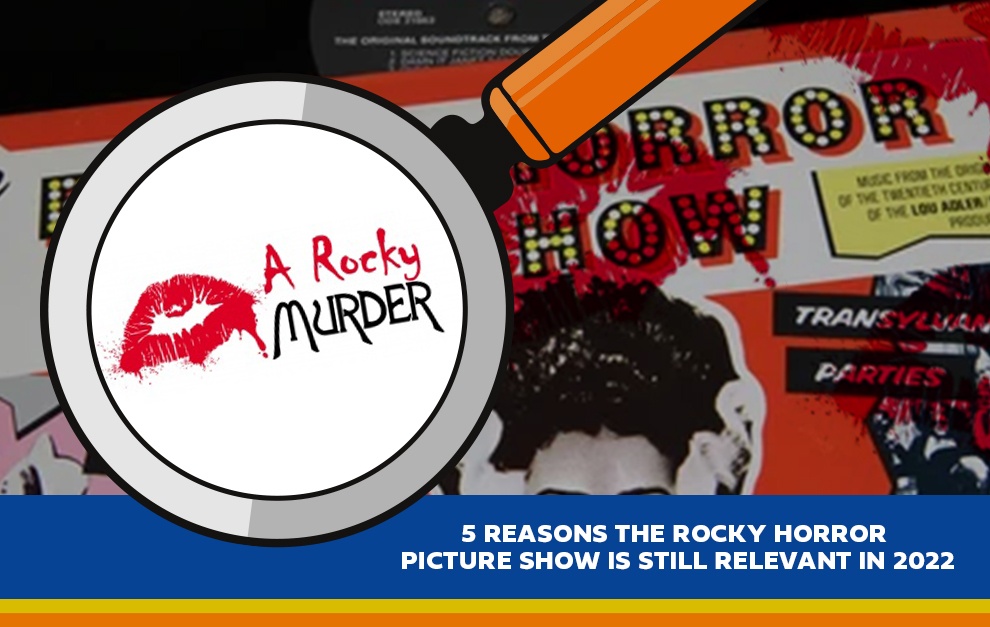 Nearly half a century ago, Richard O'Brien penned The Rocky Horror Show. This musical was an immediate success in its place of origin, London. Not long after, it was made into a movie.

The reaction to The Rocky Horror Picture Show was not favorable when it was released in theaters on September 25th, 1975. It was a critical and financial failure, and it very easily could have been lost to the annals of history — another film forgotten to the pantheons of history.

But then something strange happened. While the general public was confused by RHPS, it was quickly determined that perhaps this film wasn't for them. In Dr. Frank 'N' Furter's words, "I didn't make [it] for you!"

Who Was the Rocky Horror Picture Show Made for?

The Rocky Horror Picture Show was made for misfits. It was made for the outcasts, the weirdos, the freaks. It was a film that celebrated what it meant to be different, and in doing so, found an audience who connected with its message.

In the years since its release, The Rocky Horror Picture Show has become a cult classic. It has amassed a devoted following who dress up as the characters, sing along with the songs, and quote the dialogue.

What is it about this movie that has kept people coming back, year after year? Below are five reasons why The Rocky Horror Picture Show is still relevant in today's world.

1. It's A Celebration of Difference

In a world where conformity is often celebrated, The Rocky Horror Picture Show is a breath of fresh air. It celebrates those who are different, and it does so in a way that is both humorous and empowering. It also doesn't shy away from its homosexual subtext, and it actually embraces it. This is a film that was ahead of its time in terms of its representation of LGBTQIA+ characters.

2. It's A Campy Masterpiece

The Rocky Horror Picture Show is not a serious film. It's a campy, over-the-top, ridiculous movie. And that's part of its charm. It knows what it is, and it doesn't try to be anything else. In-jokes, fourth-wall breaking, and a host of nods, winks, and tongue-in-cheek dialogue are all elements that make this movie great. It takes great delight in parodying films from previous eras at certain points. Dr. Frank ‘N Furter even looks directly at the camera in some instances, acknowledging the fact that there is an audience watching.

3. The Music is Iconic

From "The Time Warp" to "Sweet Transvestite," the songs in The Rocky Horror Picture Show are iconic. They're catchy, they're campy, and they're impossible to forget. The music is one of the biggest reasons why people keep coming back to see the movie. It's also why the stage musical has been so successful. The music also makes its way into TV shows and movies–including Glee and The Simpsons.

4. It's A Movie that Encourages Participation

The Rocky Horror Picture Show is not a movie that you watch passively. It's a movie that encourages, even begs, for audience participation. This is why it's become such a cult classic. People dress up as the characters, they shout out lines of dialogue, and they sing along with the songs. It's a movie that becomes even more fun when you're watching it with a group of people who are equally as passionate about it as you are.

5. The Message is Timeless

Rocky Horror Fans, We Have an Experience for You!

These are just a few of the reasons why The Rocky Horror Picture Show is still relevant today. It's a movie that has stood the test of time, and it's a movie that will continue to be loved by misfits and outcasts for many years to come.

In that respect, we created a murder mystery show to pay homage to the iconic movie. For a unique Rocky Horror experience, book your seats on the Sem Gulf Murder Mystery Dinner Train. A Rocky Murder has been postponed due to the hurricane. Please check our site for up-to-date information!