Back to School Reading List: Mystery Books for Teens 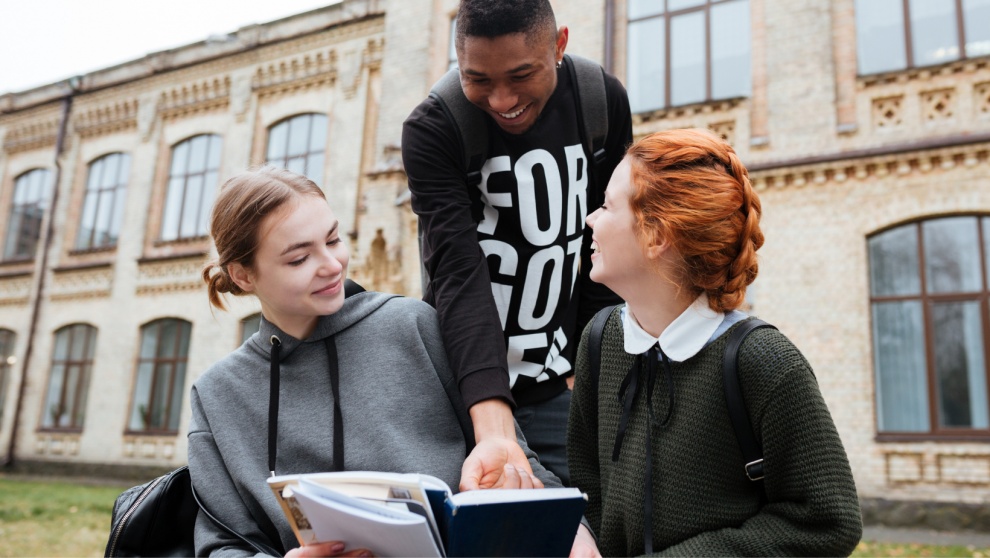 Students across the country are headed back to school and that means textbooks and other assigned readings. For teens looking to break up all the school reading with something exciting, we've got just the list! There are loads of great books out there featuring teen spies, sleuths, and other mystery solvers–and even just books where kids get swept up in some crazy events. Here are ten great mystery books for teens.

Everyone in Pip's town knows the story of Andie Bell and Sal Singh. Five years ago, Sal murdered his girlfriend Andie and then took his own life.

Now that Pip is the same age the students were when they died, she notices how greatly the tragedy still impacts the town. She can't shake the feeling that there's more to the story. She grew up knowing Sal to be nothing but kind, how could he have become a killer?

Pip decides to reexamine the closed case as her final project. It begins as a way to cast doubt on the original investigation, but she soon begins to uncover a trail of dark secrets that may prove Sal's innocence. However, someone doesn't want Pip stirring up the past and she may find herself in danger.

9. I Know What You Did Last Summer by Lois Duncan

High school senior, Julie James, receives a chilling not from an elusive stalker saying "I Know What You Did Last Summer." Most people would assume this was a prank, but last year, Julie, her then-boyfriend, and their friends accidentally ran over and killed a young bicyclist while driving back from partying in the mountains. The four of them anonymously called an ambulance, vowed never to tell anyone, and eventually drifted apart.

The four teens find themselves fighting to outsmart a killer who is set on avenging the young boy's death. This novel is the inspiration for the classic film.

Seventeen-year-old, Audrey Rose Wadsworth, was born a lord's daughter with a lifetime of wealth and privilege stretched out before her. Between her silk dress fittings and social teas, Audrey leads a secret life. Against society's expectations and her strict father's wishes, she often slips away to her uncle's laboratory where she studies the gruesome practice of forensic medicine.

To Audrey's surprise, her work on a string of savagely killed corpses brings her into the investigation of a serial murder that seems to be closely interwoven with her own sheltered world.

Teenager Avery–her mother dead, her father missing for many years now, and her guardian half-sister busy rebounding with her abusive boyfriend–is living out of her car. Suddenly, she finds herself on a plane to Hawthorne House, a mansion located in Texas, where she finds out she's the beneficiary of billionaire Tobias Hawthorne's fortune.

In this twisted mystery-thriller, Avery must solve a multilayered puzzle to discover why she's the recipient of the inheritance while living with the Hawthorne family.

6. The Diviners by Libba Bray

Evie O'Neil finds herself exiled from her boring hometown and shipped off to New York City to live with her Uncle Will, curator of The Museum of American Folklore, Superstition, and the Occult. Otherwise known as "The Museum of the Creepy Crawlies."

As a rash of occult-based murders comes to light, Evie and Uncle Will find themselves right in the thick of the investigation. And through all this mess, Evie has a major secret–a mysterious power that may help catch the killer. That is–if he doesn't catch her first.

Quentin Jacobsen has spent his life loving the adventurous Margo Roth Spiegelman from afar. When she cracks open his window and climbs back into his life summoning him for an ingenious campaign of revenge, he gladly follows.

The next day, Quentin finds himself wondering if Margo will start hanging out with him more. After three days go by, Margo is reported missing by her parents. Quentin and his partners in crime, Ben and Radar, soon discover a series of items that Margo left hidden for Quentin. They suspect the clues are meant to lead to her current whereabouts, but Quentin worries about what state they will find Margo in.

4. The Name of the Star by Maureen Johnson

Louisiana teenager, Rory Deveaux, is forced to leave all her friends and Americanisms behind when her parents, who are university professors, move to Bristol for the year. Rory does not see how she will ever fit in at a prestigious sixth-form college in London.

While Rory is trying to juggle all the complications that come with being a first-time boarding school student, things become much more complicated as a Jack the Ripper impersonator begins a murdering spree. Can Rory trust the new people around her?

3. The Case of the Missing Marquess by Nancy Springer

When Enola Holmes, Sherlock's much younger sister, discovers that her mother has disappeared–on Enola's 14th birthday nonetheless–she knows she is the only one who can find her. Disguised as a grieving widow, Enola sets out to the heart of London to uncover her mother's location.

In a turn of events, Enola finds herself tied up in the kidnapping of the young (and spoiled) Marquess of Basilwether. Now, she must escape murderous villains, free Marquess, and elude her nosey older brother–all while collecting clues on her mother's disappearance!

2. One Of Us Is Lying by Karen M. McManus

McManus originally found her inspiration from The Breakfast Club. She was fascinated by the concept of different types of people being forced together and having to interact with one another but felt that adding mystery to it would raise the stakes.

Five students walk into detention on a Monday afternoon, but only four walk out alive. All four teenagers are suspects and they all have something to hide.

1. The Hound of the Baskervilles by Sir Arthur Conan Doyle

This is the third of the four crime novels written by Sir Arthur Conan Doyle featuring the famous Sherlock Holmes. It tells the story of an attempted murder that was inspired by the legend of a fearsome hound of supernatural origin. The success of this novel led to the eventual revival of the Sherlock Holmes character.

Board the Murder Mystery Dinner Train for a one-of-a-kind experience. This is the perfect family-fun weekend activity now that school is back in session–a unique dining experience with all-around entertainment for the whole family. Book your seats today!