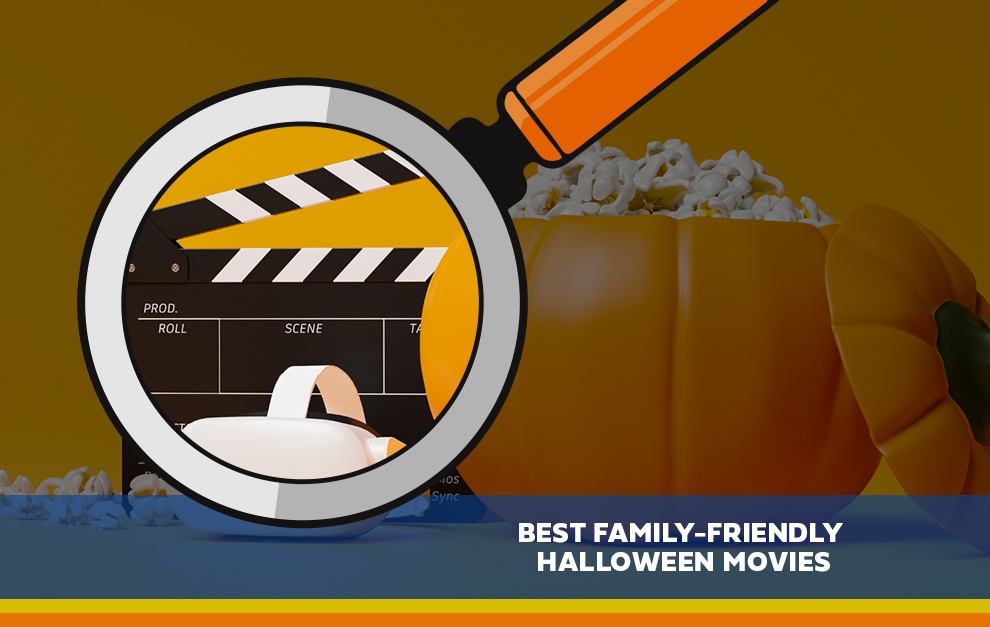 Christmas has music, and Valentine's Day has chocolates. Halloween has many traditions, but it just wouldn't be the same without the movies to get us into the spooky season mood.

Here are 10 great family-friendly movies to watch this Halloween:

The Addams Family may be frightening, odd, mysterious, and spine-chilling, but it offers a sliver of dark humor that will appeal to your house's teenagers.

The Maitlands seem to be stuck in limbo after they die–haunting their old home that new people have moved into. They need Beetlejuice's help getting rid of the newcomers so they can rest in peace. This 1988 film has scarier moments than you might remember as a kid, but it's also got a lot of heart (and Tim Burton's trademark dark humor).

Casper the Friendly Ghost is probably one of the most recognizable characters in popular culture. In this live-action film, he's joined by three other ghosts–the mischievous Stretch, the grumpy Fatso, and the protective Stinkie. They're all trying to scare off a human named Kat Harvey so that they can keep haunting their home. But when Kat's father dies and she becomes Casper's only friend, the ghosts realize that maybe humans aren't so bad after all.

In Tim Burton's Corpse Bride, a young man named Victor is betrothed to a woman he doesn't love. When he runs into the forest to get away from his wedding rehearsal, he finds himself married to a corpse bride instead. This stop-motion film is dark and whimsical in equal measure, with some truly stunning visuals.

Frankenweenie is a black-and-white stop-motion film about a young boy named Victor Frankenstein who brings his dog Sparky back to life after he dies. But as Victor soon learns, you can't play God without consequences. This film is creepy, but it also has a lot of heart and some great comedy moments.

Bette Midler's musical performance in Hocus Pocus, set in spooky Salem, Massachusetts, is only one example of what makes this movie a modern classic. With witches, magic, and enough mystery to keep you guessing, it's no wonder that Hocus Pocus continues to entrance audiences 26 years after its release.

In Hotel Transylvania, Dracula has built a hotel for creatures of the night to get away from humans. But when a human stumbles into the hotel, Dracula must protect him from the other guests. This film is lighthearted and funny, with some great voice performances (including Adam Sandler as Dracula).

Three kids must deal with a creepy house that they suspect is alive in this animated film. With spooky visuals and some genuinely suspenseful moments, Monster House is a great choice for older kids who are looking for a scare.

The Nightmare Before Christmas (1993)

Jack Skellington, the Pumpkin King of Halloween Town, is sick of doing the same old routine every day. He wants to mix things up and try Christmas for size. Predictably, it does not go as planned for him, but this Tim Burton film is visually stunning that we may watch him fail all day long.

The Scooby gang is back, and this time they're taking on zombies. When they're invited to investigate a haunted bayou island, they soon realize that the ghosts are very real–and very hungry. This film has some great spooky moments, but it's also funny and full of heart.

Get Your Family into the Spooky Season Spirit

There are plenty of other great family-friendly Halloween films out there. If you're looking for another way to get in the spooky spirit, consider a family outing to the Murder Mystery Dinner Train! It's a great way to spend time together and get into the Halloween spirit. Book your seats today.