Craziest Unsolved Mysteries of the 1960s 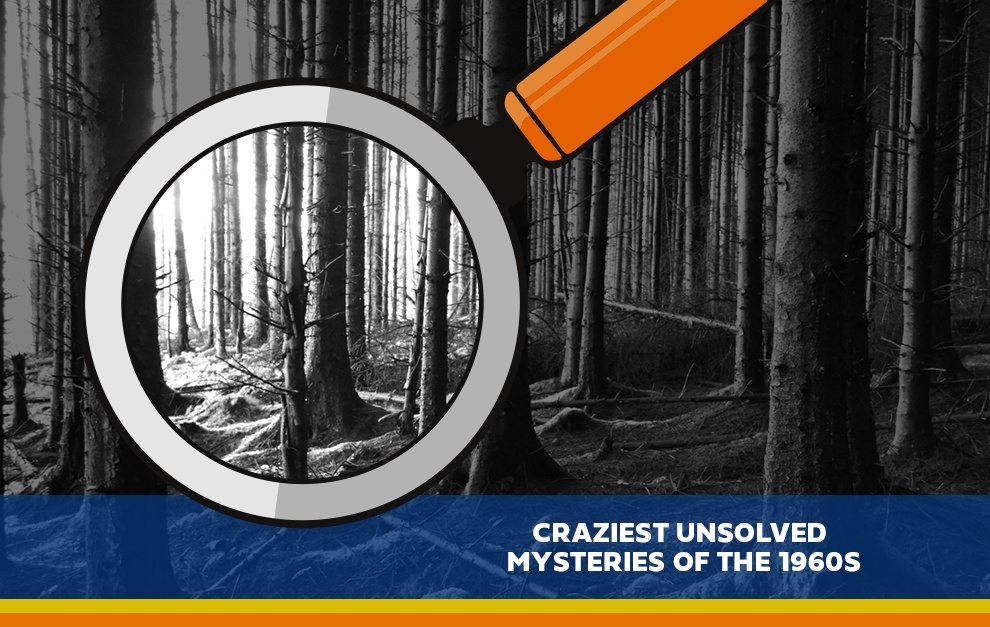 From at-large serial killers to disappearances and even possible alien abductions, the 1960s were a decade rife with unsolved mysteries. Here are some of the most bizarre and confounding cases that still have people asking questions today.

The Zodiac Killer was a serial killer who operated in Northern California in the late 1960s and early 1970s. The killer's identity remains unknown to this day, despite an extensive investigation by law enforcement. The Zodiac Killer is believed to have killed at least five people, although there are claims that the killer may have been responsible for as many as 37 murders in total. The case remains unsolved.

Mothman and the Collapse of the Silver Bridge

In 1967, the town of Point Pleasant, West Virginia was terrorized by a creature known as the Mothman. The Mothman was a winged humanoid creature that was said to have red eyes and could fly at high speeds. The sightings of the Mothman coincided with the collapse of the Silver Bridge, which spanned the Ohio River and connected Point Pleasant to Gallipolis, Ohio. The bridge collapsed on December 15, 1967, killing 46 people. The Mothman sightings stopped after the disaster and the case remains unsolved.

In May of 1964, two boys were taking photographs of the landscape near their home in England when they noticed something strange in one of their photos. Upon closer inspection, they realized that there was a figure in the photo wearing what appeared to be a spacesuit. The boys claimed that there was no one around when they took the photo, and the figure was not visible to the naked eye. The photo, which has come to be known as the "Solway Firth Spaceman," remains a mystery.

In 1966, three children disappeared from Glenelg Beach near Adelaide, Australia. The children, aged 9, 7, and 5, were last seen playing near the beach. A massive search was conducted but no trace of the children was ever found. The case remains unsolved, and the children are presumed dead.

The notorious reputation of this Scottish bridge began around the 1960s when it was noted that dogs leap from it to their deaths. In most cases, the dogs survived the fall, but many were left with injuries. The reason for the dogs' behavior is unknown but some believe that the bridge is haunted.

The assassination of John F. Kennedy

JFK was assassinated in 1963, but the case remains open and many theories abound as to who killed him and why.

Was it a lone gunman? A conspiracy? The mafia? Or perhaps even the CIA? We may never know for sure.

The death of Marilyn Monroe

Marilyn Monroe was found dead in her home in 1962 and the case was ruled a suicide. However, many people believe that Monroe was actually murdered, and the case remains shrouded in mystery.

Love 1960s Mysteries? Watch One Unfold Before You!

Don't miss out on your chance to experience an early 1960s mystery that revolves around a plot to take out the heiress of a prominent advertising agency. Get your tickets today: https://semgulf.com/