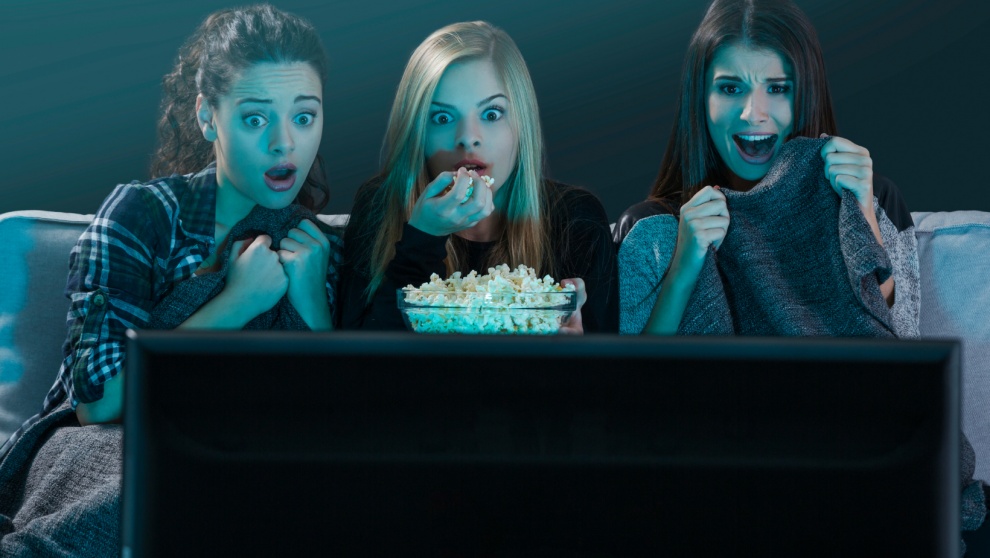 Maybe you've binged through all the true-crime documentaries available, or perhaps you're simply craving a quality film that puts your crime-solving skills to the test. Either way, we're here to present you with the best nail-biting mystery movies on Amazon Prime Video right now.

The patriarch of a powerful and wealthy family passes away suddenly. His wife and daughter find themselves with a shocking secret inheritance. It becomes clear that this secret could destroy their lives.

A boy is yanked into thin air while riding his bike through the woods. As a small-town detective investigates the disappearance, his family is plagued by strange occurrences.

A widowed, single mother working as a vlogger in Connecticut, Stephanie, finds herself jealous of the life her new best friend, Emily, leads. Emily is successful in all aspects of her life–she has a great career, a loving family, and lives a glamourous lifestyle. One day, Emily disappears mysteriously. Stephanie makes it her mission to find out the truth. As she digs through her friend's past, she finds a few surprises.

Tyler discovers his picture-perfect family may not be all it seems when he finds a collection of disturbing images in his father's possession. What do you do when the man you trust the most in this world might be responsible for murdering 13 girls ten years ago?

After he is wrongfully accused of murdering his wife, Richard Kimble (Harrison Ford) escapes from the law–planning to find the real killer and clear his name. Meanwhile, he is being pursued by a team of U.S. marshals led by Deputy Samuel Gerard. Gerard is a determined detective and will not rest until he sees Kimble behind bars. Can he expose the killer before it's too late?

Regina Lampert (Audrey Hepburn) falls for the charming Peter Joshua while on a skinning holiday in the French Alps. After she returns home to Paris, she discovers that her husband has been murdered. She soon finds herself on the run with Peter, trying to evade three of her late husband's World War II cronies, Scobie, Tex, and Gideon who are on the search for a quarter of a million dollars the four of them stole while behind enemy lines. Regina finds herself wondering why Peter keeps changing names.

This classic black and white film follows insurance salesman, Walter Neff, as he is roped into a murderous scheme after he falls for the enticing Phyllis Dietrichson. Phyllis is intent on killing her husband and collecting a fraudulent accidental death claim. After being approached by Mr. Dietrichson's daughter, Lola, an insurance investigator begins uncovering the truth.

Los Angeles private eye, J.J. "Jake" Gittes, is hired by Evelyn Mulwray to investigate her husband. What he believes to be a routine infidelity case quickly reveals itself as anything but when he meets the real Mrs. Mulwray. As he realizes he was hired by an imposter and Mr. Mulwray suddenly dies, Gittes finds himself on a tangled trail of deceit and corruption.

2. The Girl with the Dragon Tattoo Trilogy Series

In the first film, a disgraced financial reporter (Daniel Craig) is given a chance to redeem himself when he's hired by a wealthy Swedish industrialist, Henrik Vanger, to solve the 40-year-old murder of Vanger's niece, Harriet. Vanger believes his niece was murdered by a member of their own family.

This murder mystery is passionate and vivid. As Craig's character begins to discover clues as to what happened to Harriet, he decides he needs an assistant. He is then joined by Lisbeth Salander, a computer hacker with a complicated past. Together, they uncover the deep, violent secrets of the Vangers.

This one is perfect for a movie marathon night because recommend the whole trilogy.

The circumstances of crime novelist Harlan Thrombey's death are certainly mysterious. The one thing renowned Detective Benoit Blanc is sure of–every member of the insanely dysfunctional Thrombey family is a suspect. Blanc must sift through red herrings and lies to uncover the truth.

Not Satisfying Your Mystery Cravings?

If you make it through this list and you're still craving more, check out our list: 10 Best mystery movies on Netflix now.

Still not satisfied? Experience the Murder Mystery Dinner Train and solve a mystery as it unravels before you. Enjoy a delicious five-course meal and put your sleuthing skills to the ultimate test during the forty-mile round trip from Colonial Station in Fort Myers, Florida.