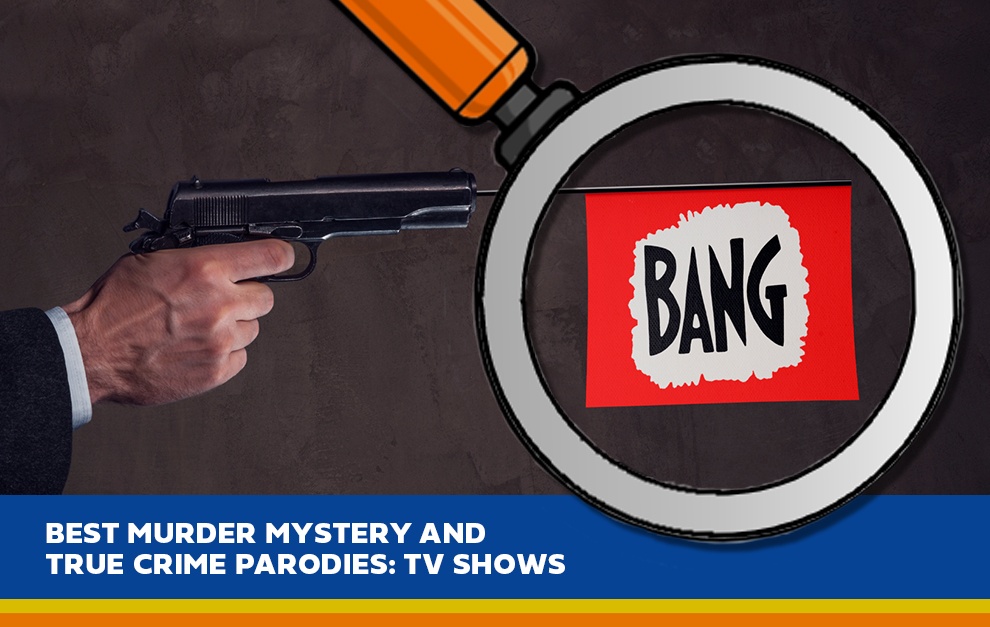 The Peabody Award-winning, American Vandal deserves all the praise it has received. The first season follows two teenage documentary filmmakers investigating who has drawn a certain male body part all over the cars in their school's faculty parking lot. If you haven't seen it, we recommend stopping everything and watching it right now. American Vandal perfectly hits the humorless true-crime tone in combination with the genre's most exploitative impulses. Like many parodies of its kind, the series curls back on itself, including meta-narrative true-crime texts–allowing fan interest in the investigation to become a part of the story. Stream it on Netflix.

Only Murders in the Building

Three complete strangers share a true crime obsession–specifically with true crime podcasts–and suddenly find themselves entangled in one. Following a grisly death in their exclusive Upper West End building, the trio employs their true crime knowledge to investigate the truth. As the mystery unfolds, secrets and lies amongst the three are also uncovered. Quickly, the endangered trio comes to realize they might be living amongst a killer as they race to decipher the clues before it's too late. Watch it on Hulu.

Terry Seattle works with a guest celebrity partner to improvise their way through a scripted murder investigation–without the script. It's murder mystery meets comedy improv for a lighthearted display of whodunit.

Where some of these parodies are carefully goofy satire that never fully winks to let you know it's in on the joke, Trial & Error is a true-crime parody that couldn't possibly wink harder. It's built loosely as an anthology series, each season tackling a different murder case. Its first season, starring John Lithgow, is inspired by the genre-defining series The Staircase.

The second season of Trial & Error features Kristin Chenoweth in an iconic role as accused murderess Lavinia Peck-Foster. Although the show takes on a lot of true-crime tropes, it could be categorized as more of a true-crime farce than a straight-up parody. You can watch NBC's show on Amazon Prime Video.

This Netflix original series Follows Anna, played by Kristin Bell, who lives a fairly monotonous life. She's heartbroken and alone. She stares out her window all day, indulging in wine until a new, attractive neighbor moves in across the street. For a time, things start to look up for Anna, until she (possibly?) witnesses a murder across the street and starts to question her memory and herself.

The show draws many parallels to the psychological thrillers it's inspired by. All the twists and turns, along with Bell's incredible performance make this satirical murder mystery show worth watching.

The aftermath of a high school reunion's after-party leaves a stunning death. Everyone is a suspect. A detective interrogates the former classmates one by one, uncovering quite a few potential motives as each person tells their version of what happened that night–culminating in the shocking truth.

All aboard the Murder Mystery Dinner Train for a one-of-a-kind theatrical (and culinary) experience servicing the Fort Myers area! A five-course dinner with a choice of three entrees, prepared fresh onboard the train while a live murder mystery show is played out in the dining cars. Gather all the super sleuths in your life and book your tickets today. The mystery awaits!